“Rossiyskaya Gazeta” News published an interview with Moscow Poly president Vladimir Miklushevskii. The head of the University shared progress on establishing the advanced engineering school, the advantages of project education and career prospects that the University alumni hold. 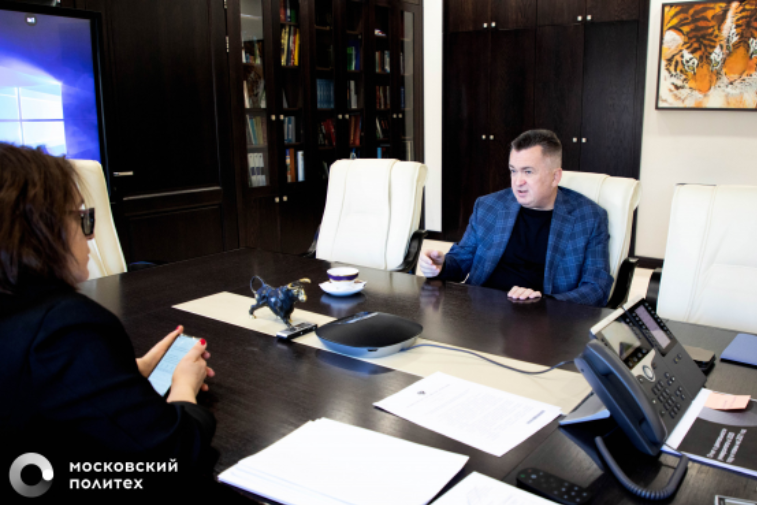 Vladimir Vladimirovich, the universities that will establish their advanced engineering schools will be chosen as soon as this June. What is the main point of it all?

The point to establish “greenfield”, that is to create a space or project that fr om scratch. We sure do participate in this contest, too. It will be a totally new space where master specialist will be trained in the following areas: construction, design, technologists, material scientists, economists. The head of the leading design engineering burro, Pablo Itturalde will be in charge of the School. It is him who “started up” this project history that is extremely popular among students.

Who will graduate the Engineering School?

Top-class specialists able to construct new automotive cars. Unfortunately, there is no schools like that. We have “NAMI", a great central research institute of automobile and motor vehicles with a century-long history that was founded in 1918 as the first scientific-research institute in the field of automotive theory and technology. We`re closely cooperating now. Today, it is crucial to establish a practically based cycle of training specialists. Currently, their number is small – 10-15 people per year. They almost immediately get employed at the high-tech enterprises with a 120 000 rub pay per month or more.

You presented an unmanned shuttle at the “Russian Army” exhibition – a tour mini-bus that now carries out scheduled trip around at the VDNKHa. Are there plans to create an unmanned vehicle fleet?

Unmanned vehicles is the sphere of our interests as well. Four-person smart shuttle that you are talking about is indeed currently being broke in at VDNKHa. After testing we are planning to show it off to the Moscow mayor`s office so that afterwards it would go into mass production. By the way, it is the students of Pablo Itturalde, that is going to be in charge of School, that constructed the shuttle.

Are specialists that Moscow Poly brings up today are a good asset to the automotive branch under current sanctions?

We are ready for import phase-out. Not only in terms of specialist training, we are also ready to develop automotive platforms, separate units and aggregates. Moscow Polytechnic University was established in 2016 on the base of Moscow Engineering University. So, our School is almost half century old – that`s a serious background. There are two engineering bureau formed fr om students affiliated to Moscow Poly. One of them is 25 years old. That is, so to say, a fully-fledged group of commercial companies that feels confident on the labor market. It has coachbuilders, and masters that are engaged in car design components production. The second Moscow bureau is a little younger – 14 years old. It focuses on motorbikes, electro mobiles, combustion engine racing cars. We do not engage in mass manufacturing as it`s not the task that is set before the University. But we do have the technological capabilities. For example, gear units for motorbikes are produced by our experts solely.

Naturally. Introducing theoretical knowledge during lectures is one thing. However, demonstrating how it is all done on specific examples – that is the moment when the interest truly sparks. Moscow Poly implements project activity to all educational courses from year 1 to year 4 with no exceptions. Under the supervision of the experienced teachers and coaches, students create with their own hands.

How does it all happen in real life?

As early as at the first year students study the structure of a car: assemble and disassemble it back. We have an Engineering Center wh ere the “tested” racing cars are kept. There are many of them – we have been participating in “Formula Student” over 10 years. Every race is a new car: there is no use in participating in contests driving old cars, you will never win.

The “old” cars are used by students during trainings for assembling, disassembling, installing, starting and so on. The Center is equipped enough to mould units, [car] bodies and various components. It`s always crowded here: everything sparkles, the shavedust flies all over the place. This is the only place to learn something. Of course, under the supervision of older assistants. Namely, the car designer of the Russian “Marusya” racing team, Igor Ermilin is coaching our students.

Learning on specific examples rather than some abstract patterns - that is what distinguishes us, that is our feature. By the way, besides engineers, the project needs designers, economists and managers. The projects can be different, and some teams even hold castings – up to 20 people per place.

A little over month is left until admission campaign. What are the hot fields in Moscow Poly this year?

Just as everywhere else, IT is at the forefront. 35% of our students study IT. That is a trend for all technical universities. Undoubtedly, these are areas related to sport cars. Design, too, not only car design but also multimedia design. The competition there are huge and the average exam points are close to 100. We are expecting strong enrollees. Moscow Poly offers practically oriented education. From the year one, students communicate with teachers engaged in the industry activity. They help student acquire their specialization practically and not theoretically. This system is beneficial both for employers that train their future staff on the base of the University and for students – our students know wh ere they will be working at as early as the 3rd or 4th year.