Moscow Poly received a delegation fr om the Republic of Zimbabwe. At the meeting with the University administration, the possible prospects for cooperation in the sphere of joint projects implementation were discussed, as well as student and staff exchange programs.

The guest delegation was headed by the head of the department for innovation, science and technologies, Willie Davison Ganda an head of legal department [under the ministry of higher education, innovation, science and technology] Rebecca Kawia. Among other guests were the representatives of the ‘Zingsa’ National Geospatial and Space Agency, rectors and lectors of the Harare Institute of Technology, Chinhoyi University of Technology (CUT) and University of Zimbabwe. 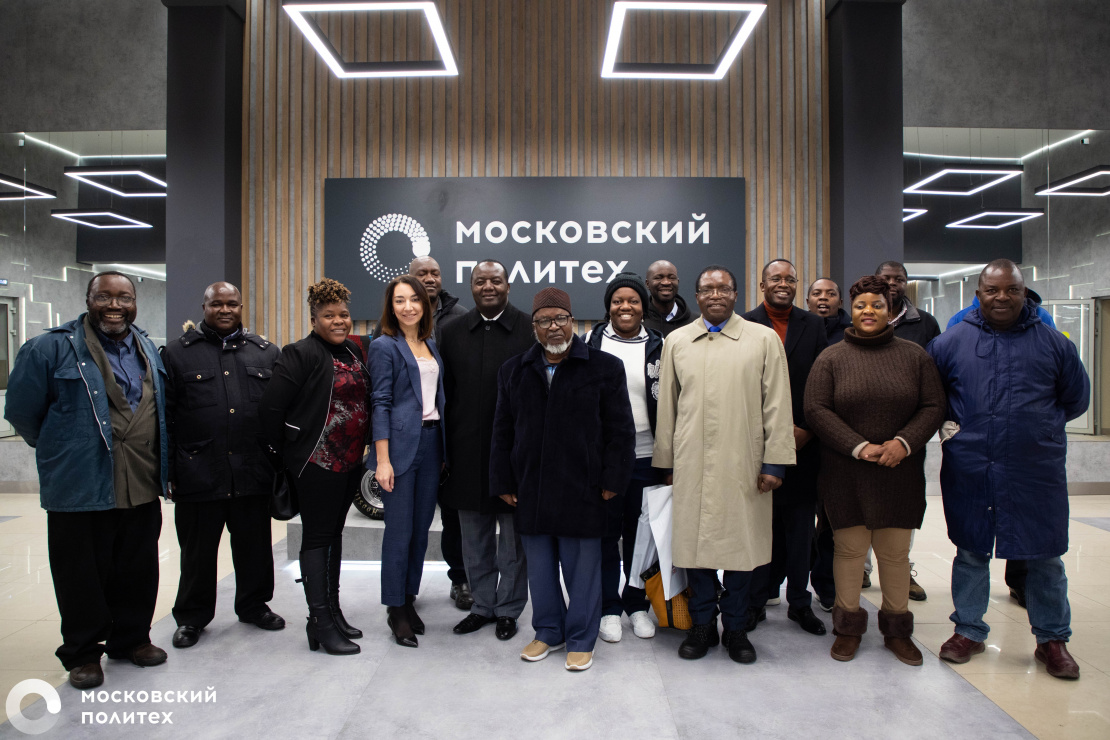 Moscow Poly president Vladimir Miklushevskii greeted the guest. The president shared with the delegation what makes our University stand out among other Russian technical Universities.

“Before anything, Moscow Poly is known for its practically-oriented education. The second peculiarity of our university is that educational programs include a creative aspect. Apart from the wide variety of technical areas, the University also trains designers, graphic designers, publishers and journalists. Moscow Poly today focuses on an important government program, that is technological independence of the country. Our task here as we see it is establishing a platform for the Russian electric vehicles”, –  president noted. 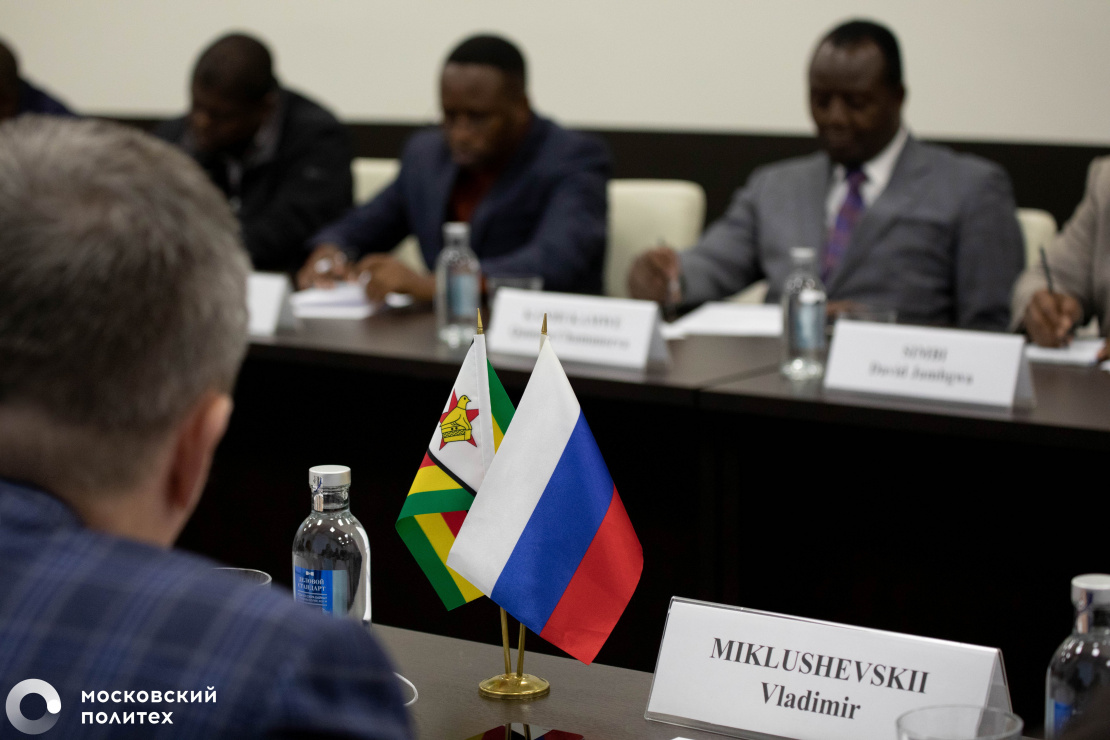 In their turn, Willie Davison Ganda stated: “It`s a huge honor for us to be present at Moscow Poly. We are a young country and our education is also quite young. The first university was opened in 1952. And today, under the “Education 5.0” program we`re trying to combine traditional areas with the new ones that would contribute to industrialization of our country. We`re interested in cooperation and specific interaction with various Russian universities. And we hope that in the course of our work, we`ll be able to identify the areas wh ere we could work together.”

The vice-president for scientific affairs Anton Nalivaiko told the guests that Moscow Poly offers 40 fields of study under 70 educational programs that Moscow Poly offers. Almost every student is engaged in project activity – they form interdisciplinary groups to carry out the orders placed by the industrial partners. The key task here, according to the vice-president, is to help students compile a decent portfolio and acquire necessary practical skills.

The two delegations discussed possible internship prospects for Zimbabwean students and staff, as well as formats of education.

In her turn, the vice-president for international affairs Yulia Davydova shared with guest the rich experience that Moscow Poly has in the sphere of student and staff exchange programs with other countries. Yulia also cited some numbers that describe Moscow Poly today – over 1,700 international students from 63 countries.

During the unofficial part of the meeting, the delegation visited AES laboratories for electric transport and introduced the guests to the elaborations made by the University students and staff. 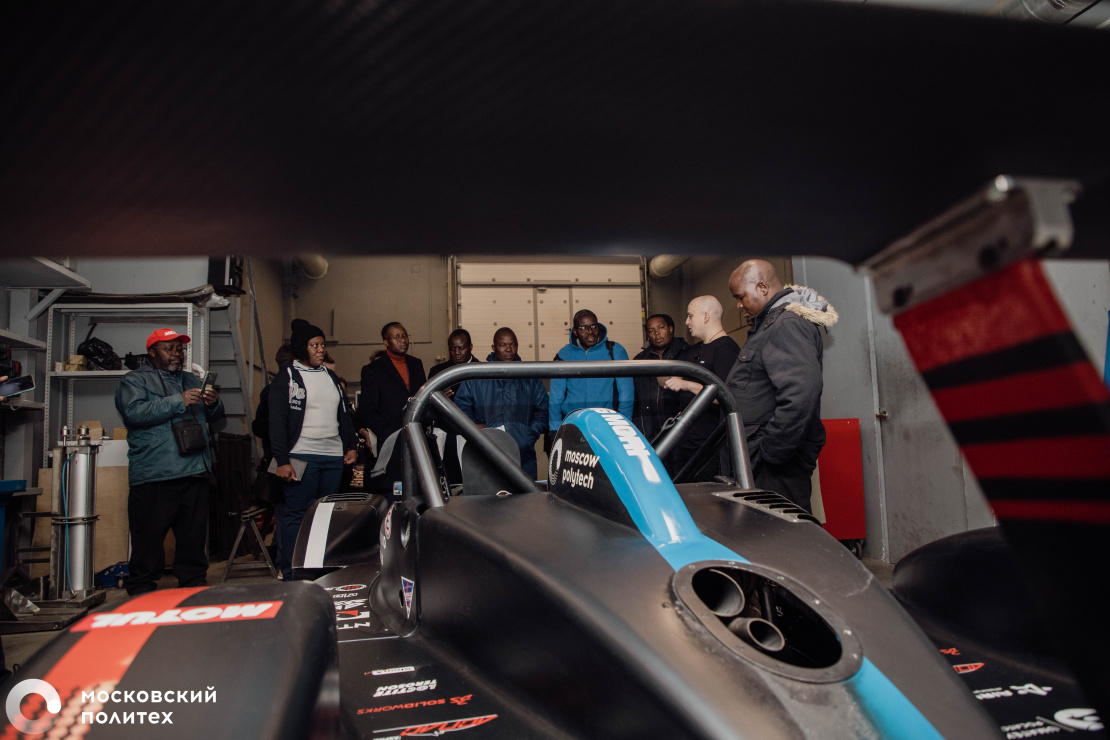 For reference: on 25 November, the Ministry of Science and Higher Education of the Russian Federation held a working meeting between Russia represented by the Russian deputy minister [of science and higher education] and the minister of higher education, innovations, science and technology development of the Republic of Zimbabwe Amon Murvira. In the course of the visit by Zimbabwean delegation to Moscow the Parties signed an inter- governmental agreement for the mutual recognition of education.