The University students Darya Musienko and Vsevolod Zakharov set off for Divnomorskoe village in Krasnodarski Krai to take part in an offline stage of the Forum that is taking place fr om September 11 to September 17. At the venue, 12 media teams from primary student trade union organizations and 70 individual participants from Universities from different Russian regions.

On the first day if the media forum, the participants met their teams and supervisors. On the following days, they attended lectures and workshops on subjects “Vk 2022: New Media Reality”, “What`s a Plot?”, “Basics of Special Event Photography”, “Idea Making, Camera Report” and etc. 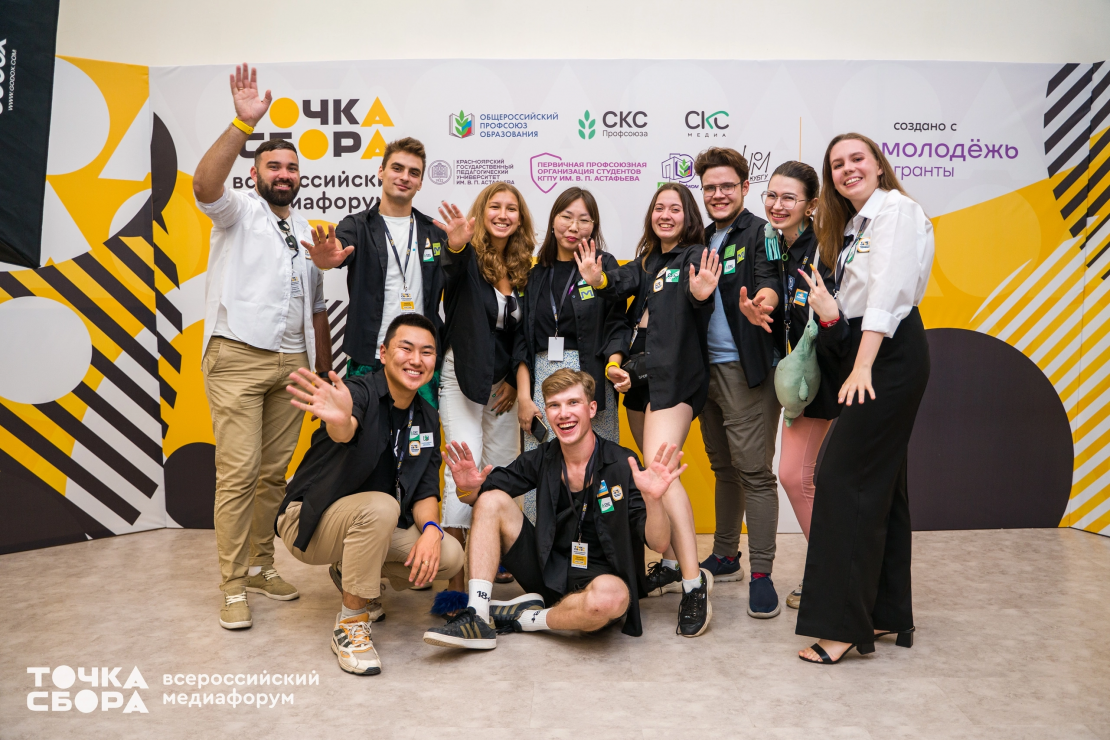 Vsevolod Zakhrov has participated in the “TV Scenario” track. The student is working on making two TV plots about Student Coordination Committee (Trade Union SCC) and is a member of various educational blocks. Moscow Poly student shared what block he remembers best of all:

I liked the ‘How to Create New Media?’ workshop by Iliya Lochkanov, expert in social media for press services. In the form of a dialogue, the speaker shared beneficial information on creating personal communities in Internet, and SMM specialist`s work”.

Darya Musienko, in her turn, is undertaking training in “Video”. As the result of her participation, the student will present 3 video clips that she`ll make as a part of the team.

“When I found out that I made it to the offline stage, I was happy that my summer`d be several weeks longer. At the Forum, I`d like to take some rest and acquire important experience. [I want to] form technical skills in video production, but also learn to work in teams with new people better”, - shared with the “Tochka Sbora” reporter Darya Musienko.

The students are to attend many more workshops held by famous experts and polish practical skills guided by the project supervisors. As a reminder, before joining the number of the offline participants of the Forum, activists have undertaken education in an online media school and have successfully completed the final examination.

“We have already met many single-minded people from different regions. Ahead, there is an unforgettable period of fruitful work in TV journalism and video production!”, - noted Moscow Poly students.

For reference: “Tochka Sbora. Russia”Russian national media forum wh ere student media services compete with each other to be announced the best media team. The event is held by Russian national Trade Union for Education under assistance of Federal Agency for Youth Affairs, as well as Krasnoyarsk State Pedagogical University n.a. V.P. Astafyev.