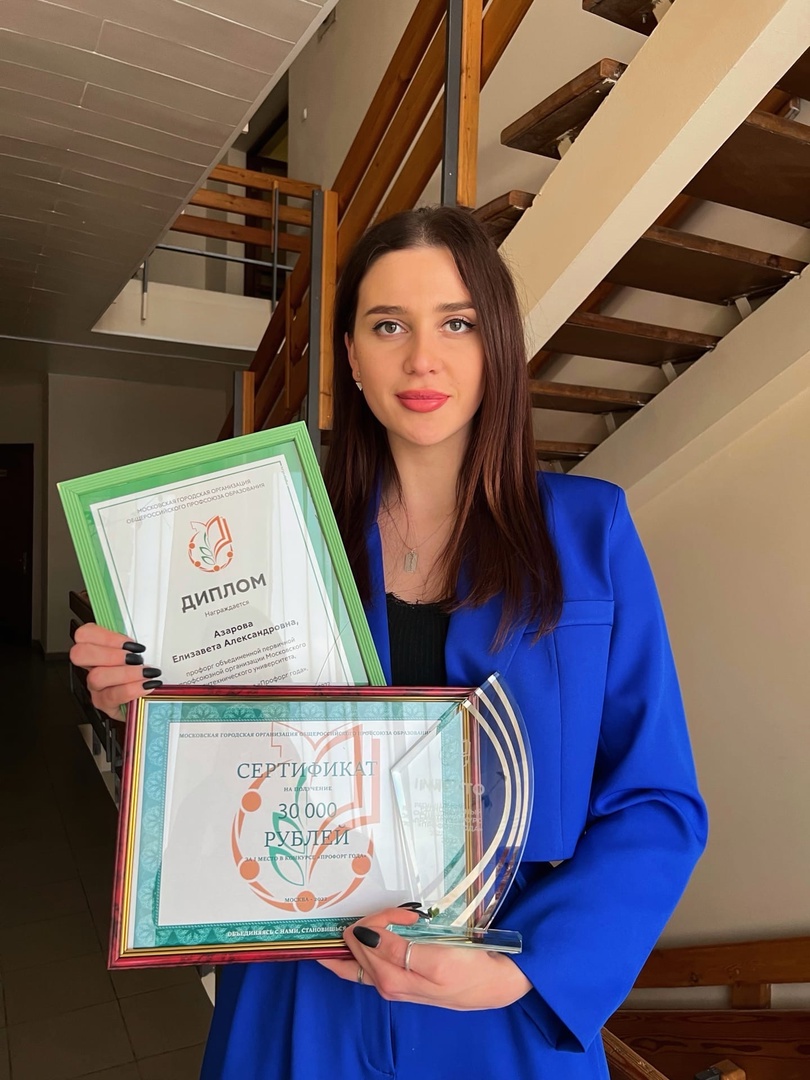 In total, the participant had to go through 7 competitive stages as follows: “ProfTest”, “Self-Portrait”, “Blitz”, “Managerial Duel”, “2k1”, “Effective Presentation” and “Surprise”. Elizaveta managed to show excellent results at every single stage and ended up on top of the competitive table.

“The preparation for the contest wasn`t easy. I had to combine it with work and other events by the trade union. On top of that, I somehow managed to get sick right before the very contest and that surely did add up some stress”, – the lady shares.

According to the student, there were many other trade union representatives who were involved in the process of preparation. Some of them edited self-portrait projects of the participants, others helped them go through the legal matters, then there were those who created theme-based images and stickers and those who made up chants.

“I realized that Moscow Poly trade union is going the right way and in a pretty speedy manner. Some other participants of the contest actually came up and asked how we got that far. The best help that I received was support from the whole trade union team”, – Elizaveta noted.

Elizaveta noted that the next milestone she`s striving for is becoming a “Human Rights Defender of the Year” for the central federal district.