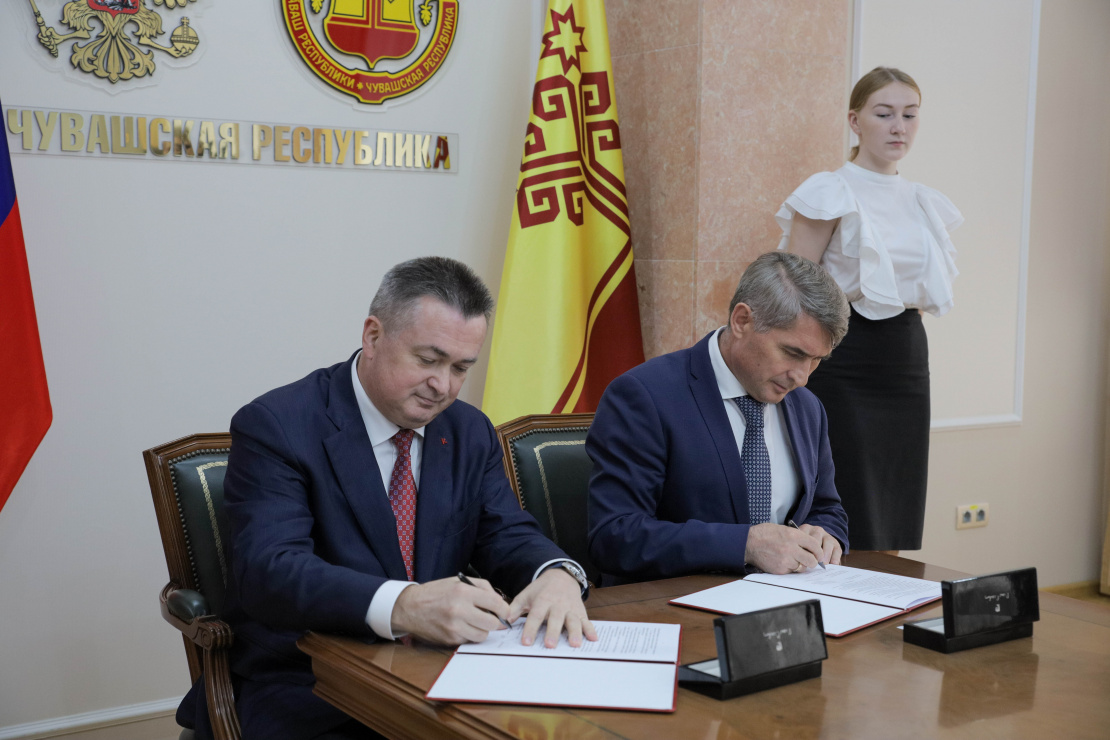 The Parties have agreed to carry out implementation of projects and initiatives aimed at building the pool of qualified staff for the economic and social spheres of the Chuvash Republic, developing science, innovative structure and etc.

“Moscow Poly has proved itself to be a reliable unit in the system of education in general, as well as the sphere of economics and provision of other branches with qualified workforce. Undoubtedly, we`re interested in maintaining and developing further the established relations”, - noted the head of the Chuvash Republic.

The Memorandum also seeks to ensure that scientific pursuits and elaborations made at Moscow Poly find fast implementation at the production. Moscow Poly president, Vladimir Miklushevskii shared the plans on establishing and developing advanced engineering schools that focus on proactive training of specialists.

“During the meeting with the industrial partners and teaching staff members working at the Moscow Poly Chebosary affiliation, we discussed how one or two basic field areas would serve the ground for establishing advanced engineering schools”, - said Oleg Nikolaev highlighting that it`s also important to account for the interests that the Chuvash Republic poses.

The participants of the meeting share the opinion that IT sphere, electrical engineering and mechanical engineering could possibly become the areas that the Advanced Engineering Schools specialize in.

In addition to that, in the course of the business trip to the [Moscow Poly] Cheboksary Affiliation, the president took part in an commencement ceremony. The HEI diplomas were rewarded to 177 graduates, 29 of them were the diplomas with honors.

Reference: Moscow Poly has 6 affiliations in different regions of the country, including Cheboksary. The Cheboksary Institute (affiliation) carries out training under the targeted ration, as well as targeted ration contracts. The main partners, clients and employers are over 13,000 specialists, among them over 7,000 [specialists] – in engineering field areas and trainings.

The information is provided by the press-service under the Chuvash Republic administration office.